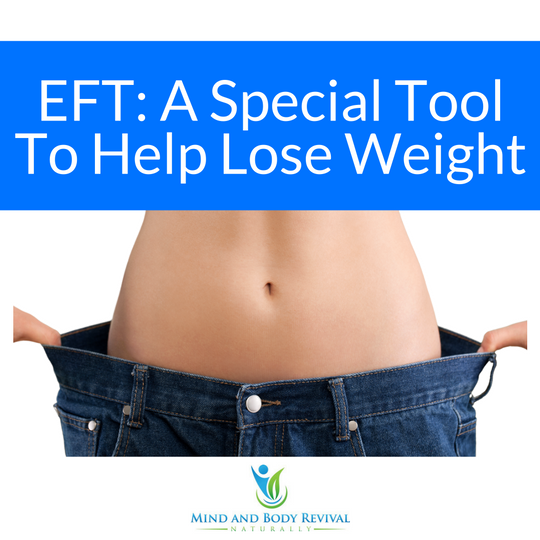 EFT is a tapping technique, where basically we tap over a series of acupuncture points on the hand, face, and body. It’s very quick; one round of tapping takes less than a minute. It’s kind of like a blend of traditional Chinese medicine with modern psychology, I guess you could say.

It’s believed that it works by balancing, or unblocking any blockages in the energy meridians, or channels in the body. I’ve been using it in my practice now for over five years and I’ve found it to be extremely effective.

Sometimes we use EFT during a session together, and other times people can simply use it at home. One of the big things I found which is preventing people from gaining their ideal shape and size is that they have these emotional components that are keeping the weight on; as a means of protection or they’re overeating as a means of dealing with emotions.

Managing Emotions And Stress With EFT

For some people where there were particular emotional events that have triggered that need for carrying that extra protective weight, we’ve been able to sit and do a session and release that and it’s been a real relief for people to be rid of that, and many times they had absolutely no idea that that has been what’s holding them back.

On a daily basis, it can be used for managing any stress that comes up. Say a person is stressed at work, because their boss is giving them a hard time, or maybe colleagues are harassing them. So they can use that at work if they’ve got a couple of minutes, in a quiet place where they’re not going to be disturbed, or they can do it at home.

Or say, if they’re stressed at home because their partner or their kids are not helping them out, and they’re feeling a little bit overwhelmed or whatever it is, or even if they accidentally go off track with their diet, and they’re beating themselves up, they can use the EFT to defuse all the emotions around that.

Or it can be used if they’re feeling down on themselves about their weight and they feel perhaps unlovable or unattractive- EFT can be used for helping to really bring that emotion down.

And in fact, when we use EFT, we always start by giving the emotion or the feeling or the problem an intensity rating on a scale of 0 to 10, so that we know where we are starting from.

We’ve got a baseline, and as we do the tapping we reassess constantly that intensity rating and we always aim to get it down to a zero. So often, clients are just blown away by how quickly we can get the intensity down to a zero during a session.

A Tool You Can Take Home

And when they go home and use it on a regular basis people find that they’re handling their day-to-day stresses far more easily than they would normally, and they’re just feeling happier all round, and they’re able to then focus more on what they want to achieve.

It’s a fantastic technique. It really, really is, and there are thousands of practitioners around the world now using EFT, and getting some pretty stunning results, even on issues that people have had for many, many years. And they’ve tried all sorts of other things, cognitive behavioural therapy and psychotherapy and so forth with some, but not great results.