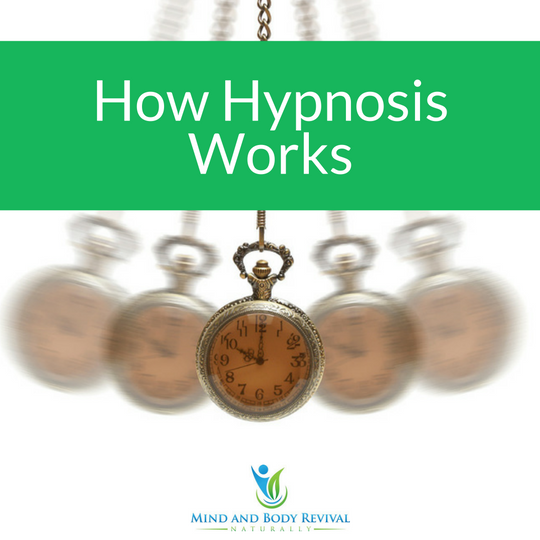 Hypnosis is the main modality that I use today, because it really helps to bring about rapid changes in a person’s behaviour, their habits, their negative thought patterns, and it’s really great in the management of health conditions. And what’s also really great about hypnosis that I really love is that it’s a wonderfully, relaxing experience, and for people who are stressed it already helps them to feel much calmer and more relaxed, by the end of their first session.

Just after one session, usually people are already finding that they’ve changed their thought patterns. For instance, I had an elderly lady, come just recently, and her marriage had been broken up many years before. She felt that while she loved her husband very much, her mother who she also loved very much interfered, and allowed the marriage to be broken up.

Now this lady is still on her own after many years, and she was totally obsessed with this man still, and it was really destroying her quality of life. So she came to me for her first session and when she came back about a week and a half later she said it actually took two days before she realised that she wasn’t thinking about him nearly as much.

So just after one session she had noticed a dramatic improvement in how she was thinking. I can also think of a lady who came for a jaw grinding problem about a year ago.

This lady had had this problem for so long, she’d tried just about everything that was possible. She’d seen an acupuncturist every week for a whole year, and she’d seen no improvement.

She’d been to Melbourne to have an operation which she regretted having, because the problem just became worse after that. It was really destroying her quality of life, and she wasn’t able to sleep properly, and it was a vicious cycle that she was in.

Now after just the first session, this lady came back, and she was really very, very, happy, because she felt that there was hope. She was already starting to sleep better. The tension in her jaw was much, much, less, and after three sessions, she was feeling so much better.

So the hypnosis helps to take away the want, need, and desire for cigarettes. And also, to break the connections that people have with their triggers and it helps them to feel great about being a non-smoker. And many people after a hypnosis session say that they feel like they’ve never smoked before.

Hypnosis Acts on The Subconscious Mind

Our subconscious minds drive our behaviour, and when we’re in the normal sort of waking state, we have a barrier. It’s known as the critical faculty. It’s something that develops within us from when we’re born, to the age of about seven to nine.

So we know that young children are very naive, and when they get to the age of seven to nine, they’re starting to become a bit more critical, as far as what they believe and what they don’t believe, and they’ll stop believing some things at that point that don’t fit in with their life experiences.

And our subconscious minds drive our behaviour, based on our prime directive which is to protect ourselves and our values and beliefs, which have come about as a result of our life experiences. Now, when you’re in the state of hypnosis or trance, we’re able to bypass that critical faculty – that filter system so-to-speak that we have in place normally. I would put new suggestions to the subconscious mind, and get it to change its mind or change that subconscious programming that’s been driving a particular behaviour or habit.