My Secret Confession – Food Used to Control Me! 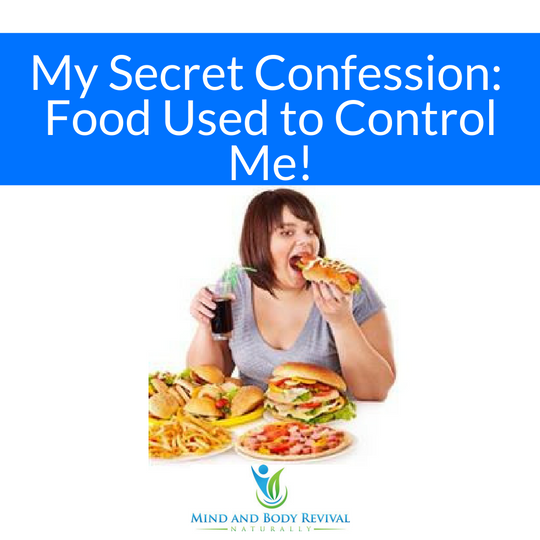 08 Oct My Secret Confession – Food Used to Control Me!

Over the last nine plus years that I’ve been in clinical practice both as a naturopath and hypnotherapist I’ve found that food cravings and binges have been one of the biggest obstacles my clients have had to overcome, especially when it comes to eating healthily and losing weight.

The cravings and binges are virtually always followed by an emotional rollercoaster ride of beating oneself up which is usually followed by an attitude of “what the hell, I’ve blown it anyway and I may as well give up”, and more binges.  Of course this only serves to make you feel like a total failure and slowly and insidiously robs you of your confidence and self-esteem as your weight creeps up even more.

But it doesn’t have to be that way – really, it doesn’t!  Believe me, I know!  I experienced cravings regularly throughout the day every day from a very young age until I changed how I was eating during my naturopathic studies in my early forties.

During my childhood my sister and I would sit on the kitchen floor after school while mum was at work and pig out on anything we could find.  Often times it would be half a can of Milo right out of the can plus white bread, biscuits or whatever else was in the house.  For some reason as an adult my sister never experienced the blood sugar roller coaster that I did, and the bingeing pattern for me continued on for many years.

There were times at work where I just couldn’t function mentally and I felt so agitated, irritable and anxious, especially if I didn’t get to morning tea or lunch on time.  I’d drive home especially in my thirties craving a glass of wine.  If I was hungry and there was lots of yummy food around, as there virtually always was, then I’d just pig out.  I’d even embarrass myself sometimes at work or in social situations by helping myself to more than my share.  Sometimes I just had to have chocolate and would drive down to the petrol station to get some after dinner.

And it wasn’t until after changing my diet during my naturopathic studies that it actually occurred to me how food had been controlling me all my life.  One day in my third year of studies I was trying to do a stock take – a very simple task!  It was very quiet and there was no pressure on me, but I just couldn’t do it.  I couldn’t figure out what was going on – it felt like a totally bizarre experience.  I felt so agitated, anxious and couldn’t think clearly.  After awhile I realised I hadn’t actually eaten for five and a half hours.

But then it suddenly hit me!  Oh my God!  This is what I was like every day at regular times throughout the day, every day of my life for as long as I could remember!  The reason it was so blindingly obvious now was because I hadn’t felt like this for awhile.  I couldn’t remember the exact point that it had stopped but it was probably close to 2 years.

Now I won’t say that all my food cravings had disappeared from that point onwards, but food was no longer controlling me like it had previously and with further changes over the years to how I eat at mealtimes cravings are a rarity for me now.  On the odd occasion that I do get them I’m a lot more in control than ever before.  When I’m out I’ll occasionally allow myself a treat like sharing a piece of gluten-free dessert with my partner or a girlfriend but I’m OK with that because I made a conscious decision, rather than an unconscious one, and because I eat so healthily otherwise it’s just not an issue.

It’s not your fault!

One of the biggest discoveries I made on my journey was that I had been suffering with reactive hypoglycaemia, or low blood sugar after meals, and the culprit had been largely my “healthy” diet!  I truly believe that had I not made the discoveries I made and changed my meals and drinks that I would by now have developed type II diabetes like my mother and would no doubt be obese.  It just doesn’t bear thinking about but what makes me really upset is that so many people are in that predicament and while they get treated like they’re a fat, lazy slob, it’s not their fault!

Why?  Because of flawed, outdated information that’s still promoted widely through the media, on the internet and even by people we should be able to trust like doctors, dieticians and nutritionists.  They’re still treating overweight people like idiots, telling them to just go and eat less and exercise more.  Oh, and eat low fat too, so you you’re starving and feel deprived all the time, setting you up for those cravings and binges!

They just don’t seem to have any idea of how the human body functions and completely ignore the fact that it’s your chemical messengers or hormones that dictate whether you store or burn fat, or that the quality of your food affects those hormones.  They ignore that many “healthy” foods and stress switch on fat-storing hormones.  They ignore the conditioning from childhood that causes us to automatically seek the pleasure of food to comfort ourselves when we’re lonely, sad, upset or have other emotional voids.

So now one of my missions is to help as many people as possible get out of the vicious cycle of cravings, binges and beating themselves up so that they too can get in control of food, instead of food controlling them.

Take control of food, instead of food controlling you!