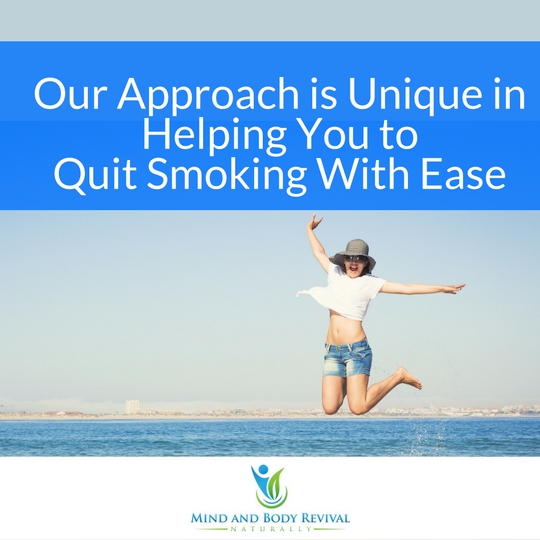 Most smokers who come to me have tried everything in the past to stop; patches gums, cold turkey, etc. but nothing have worked for them. That’s because smoking is not an addiction, as opposed to popular belief.

Smoking To Level Up Your Blood Sugar

Most people who are smoking don’t actually realize that they’re using their cigarettes to pick their blood sugar level up when they’re smoking. And what’s actually happening is of course, because they’re smoking the stimulant effect of the nicotine and some of the other chemicals in cigarettes are suppressing their appetite.

Most smokers that I see are only eating one to two meals a day. And even if they are eating three meals a day, generally what they’re eating is not going to sustain their blood sugar level for very long after they’ve eaten, except for usually the evening meal. So what’s happening is that they are going long periods without eating or eating the kinds of foods that cause their blood sugar level to spike and then crash fairly soon afterwards.

So anytime your blood sugar level is low, you’re going to feel anxious, agitated, irritable, and not be able to think clearly.  Some people even get a bit of a headache when that happens. Others might notice their hands are shaky, or that they’re even feeling hungry.

Now when people have a cigarette, because of the stimulant effect of the nicotine and many of the other chemicals in there, what happens is that their stress hormone levels go up, as a result.

When your stress hormone levels go up, your body doesn’t care why that’s happened; all it knows is that it needs to survive. It needs to be getting ready to be running away from a tiger, basically.

Our bodies don’t understand that our modern day stresses or the stress hormones going up from cigarettes don’t need us to run away from a tiger, but they’re still gearing us up for that. And so as a result, one of the many things that happen in the body is that the liver releases some glucose or sugar into the bloodstream. And if the blood sugar level was low before that, it will pick it up very briefly.

And the purpose of that glucose being released from the liver is to make sure that the body’s got enough fuel on hand to be able to run away from the tiger. Now that of course, is going to make someone feel a little better after having the cigarette, but there are far better ways of managing the blood sugar.

Now what happens to most people if they’ve decided to go cold turkey is that they actually don’t change how they’re eating, and/or if they go to another hypnotherapist who doesn’t give them any advice, except perhaps to eat fruit, they are still going to experience those blood sugar fluctuations, and therefore they are going to feel moody and irritable.

A Way To Quit Without Cravings

So when a client comes to me we actually discuss better ways of keeping their blood sugar levels stable through making some simple changes to their diet, so that they can walk away feeling confident that they are going to feel great and not have any cravings.

In the unlikely event that they did, perhaps because they’ve eaten the wrong things, then I also give them some tips, so that they’re fully prepared and able to overcome those cravings (which are really their body’s way of telling them their blood sugar level’s too low and they need to eat), simply and very quickly.

You Are NOT Addicted To Nicotine

There’s a professor in Israel, and his name escapes me at the moment, but he’s actually been doing some research with flight attendants and looking at the duration of their flights, and the so-called cravings or thoughts about cigarettes.

And what he’s found is that it doesn’t actually matter whether their flights were one or three hours, or whether they’re doing long around the world flights, the only time those flight attendants even think about cigarettes is once they’ve come into land.

He strongly believes that smoking is not an addiction. And really when you think about it, if smoking was an addiction to nicotine, the patches and gums would work. But in fact, they don’t. There have been a couple of very large studies done that show that the success rate for patches and gums across the board is under 10%.

It really does make me wonder if those people, the less than one in ten that succeed with nicotine patches and gums, really don’t actually have the determination to quit anyway. Because in one of the largest studies that was done, looking at how people quit smoking, that was done over a two-year period in Australia around, I think it was in 2002 to 2003 where data was collected from over 1000 GP’s around the country the highest success rate was for people going cold turkey.

Suffice it to say that cold turkey came out well in front, way above Zyban, which was the favoured drug at the time, and patches and gums came in at under 10%.

There was another large study done looking at over 5000 people. I believe it was done in the States, but I’m not 100% sure. It looked at four groups of people using prescription and nonprescription patches and gums.  From memory, the highest success rate for any of those four groups was 9.1%, and the average success rate was 7.7%.

Smoking Is A Habit

So patches and gums don’t work, and pretty much all of the clients I’ve seen have told me they’ve tried patches and gums at some stage and they haven’t worked for them. So smoking is not a nicotine addiction, it’s a habit.

There’s no denying that it’s a powerful habit, but it’s a habit nonetheless and this is why hypnosis is so powerful in being able to help people to quit smoking. But of course, they need to be ready to quit.

Being Successful With Hypnosis And Diet Adjustments

This links in with preventing weight gain as well, because the big mistake that people make when they quit smoking, especially if they go cold turkey on their own is that, as I mentioned previously, they don’t change their meal habits. And so they still, because perhaps they’ve been smoking for many years, and they’ve gotten into a habit of only eating one or two meals a day, they don’t change that habit.

Extra Tools To Help You Quit With Ease

I also help people to understand how cigarettes are actually creating more stress in their bodies, and why it might seem that cigarettes have been giving them the effect of relaxation. And so I do give them some simple, but really effective ways of being able to relax after their session.

And I’m also about to include in those extra things a DVD which teaches people how to use EFT, which is a really great tapping technique for stress and any other emotional issues that might crop up, which sometimes can cause people who are doing really well to become derailed and start smoking again.

And I’ve had some really good feedback from clients after their session to say that they’ve really found these tips and information helpful and that it’s helped them to actually be motivated to make more changes towards a healthier lifestyle. I also give my clients a hypnosis recording to take home, and I encourage them to listen to it for a month after their session. It helps them to not only relax, but also it helps to reinforce the post-hypnotic suggestions that they’ve received during their session.

Are You Ready For Positive Changes in Your Life?

My unique approach combines hypnosis and naturopathy to help you quit smoking for good the easiest way possible. This is what the Quit Smoking Perth Approach is all about.

You can also fill the online form here and I’ll get back to you shortly.